Pakistan Army kills two terrorists and loses one soldier in North Waziristan during an intelligence-based operation.

According to ISPR, sepoy Naseer embraced shahadat during a raid on terrorist hideout in Kani Roga, Doga Macha, North Waziristan.

Soldiers of Pakistan Army also gunned down two terrorists during the intelligence-based raid.

On the other hand, Minister for Interior Sheikh Rashid Ahmed said Sunday that enemies of the country were trying to create unrest through sectarianism.

Moreover, he said that the government has put major cities on high alert.

He further said that the government had recently arrested terrorists from Bahara Kahu and Sargodha.

Meanwhile, the entire mainstream Indian media on January 9, 2021 used a doctored video clip of a former Pakistani diplomat. They misquoted him that Indian airstrike had killed 300 people in Balakot.

Fake news based on the clipped and doctored video of a panel discussion of ex-diplomat Zafar Hilaly who never said what India media disseminated. 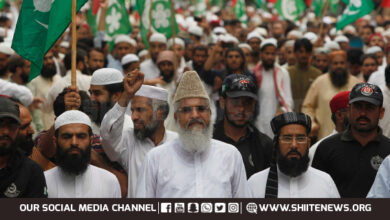 Outlawed Sipah Sahaba ringleader killed after he molested a girl 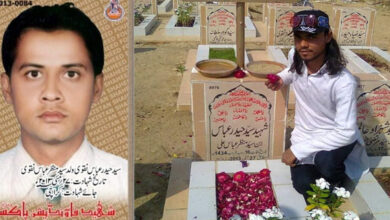 By God! We will never forget, Martyrdom day of Syed Haider Abbas Naqvi, 27th May 2013