In a tweet, he slammed Saudi Arabia and those fifth column among Pakistanis who are running a pro-Israel campaign.

Moreover, he said Saudi Arabia is not our father that we act upon whatever KSA says.

Activist and analyst Zaid Hamid also urged Pakistani nation to beware of fifth column whom he attributed as snakes and scorpions.

He warned that nation would faying them alive if any ruler even talks of recognizing Israel.

According to democratic principles, Jewish minority from abroad cannot claim their ancestral right to the land which their ancestors themselves had abandoned millennia ago.

Non-local Jews, together with local Palestinian Jews had never been in majority on the land of Palestine even in 1948 when they declared establishment of Israel.

Independent analysts call establishment of Israel as the fraud of the millennia in human history.

Therefore, Arabs/Muslims reject the fake and fraud state of Israel, the apartheid entity that continues to squat Palestine. 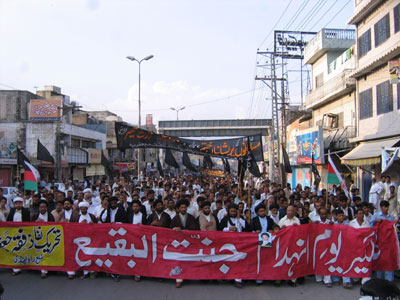