Majlis-e-Wahdat-e-Muslimeen (MWM) Pakistan secretary general hailed the ISO as a training institution that purifies youth and make them pious to serve society.

He expressed hope that after reelection the ISO CP Arif Hussain Aljani would lead the team ISO better as compared to his first tenure.

He further hoped that the CP Aljani would guide youth to the right direction which ISO.

Moreover, they wished him success during another tenure as ISO CP for the year 2021.

While speaking after his election, Arif Hussain Aljani reaffirmed his allegiance to Islamic ideology with pledge to defend Pakistan. 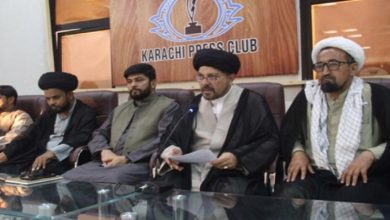