Allama Raja Nasir asks polity and establishment to end confrontation for the sake of Pakistan.

The TMQ had invited him on the 40th anniversary of its foundation day.

He said that not only local enemies but external enemies are also involved in what happening in Pakistan nowadays.

Hence, he urged the government, opposition and the establishment to bury their differences and work together to save Pakistan.

MWM leader reminded them of rapidly changing landscape of global and regional geopolitical and geostrategic landscape.

He said that on the one hand, (U.S.-led loc) is encircling and harming Russia and Azerbaijan-Armenia conflict came the latest move that side.

On the other, enemies are threatening China; particularly in South China sea and in its neighbouring.

But he also alerted that the enemies cannot accomplish this conspiracy of disintegration without harming Pakistan.

So, Allama Raja Nasir Abbas Jafari called for national solidarity, harmony and unity against these machinations.

He also expressed his feelings about sharing some time with TMQ people. He said he was feeling himself among his own family and relatives.

He recalled that he and his party MWM had supported oppressed TMQ when former Punjab government had ordered brutal police action against them at the same venue he was addressing at.

US claims support of UK, France and Germany against Pakistan 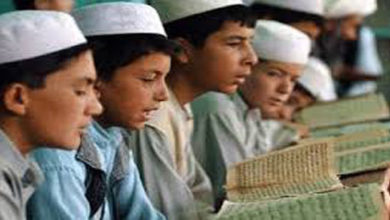