ISLAMABAD: The Majlis Wahdatul Muslimeen (MWM) has demanded the government to arrest the killers of Allama Nawaz Irfani, who was brutally assassinated by notorious takfiri nasbi terrorists of outlawed ASWJ and Taliban in the federal capital Islamabad, Shiitenews reported.

They said Allama Sheikh Nawaz Irfani’s assassination was a failure of Nawaz Government and in particular interior minister Chaudhry Nisar Ali Khan because they are allies of the takfiri and their inaction against the banned takfiri outfits paved way for intensification of unabated Shia genocide in Pakistan.

Shia Ulema Council (SUC) also condemned the attack, saying the government has given the takfiri militants a free hand to kill anyone they wish. 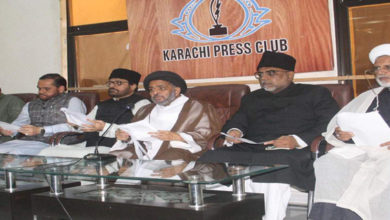