However, Sunni and Shia notables held a jirga on the issue. They unanimously owned three Shia martyrs as martyrs of all Muslims and Pakistan.

Furthermore, they unanimously condemned the targeted killing of Shia Muslims and unanimously demanded government to take action against terrorists/target killers.

Moreover, Sunni and Shia Muslim notables also condemned firing at Sunni mosque and demanded action against those who fired at mosque.

They vowed to maintain Sunni-Shia unity on common points. They reiterated their unwavering faith in Khatam-e-Nabauwwat.

On the other hand, Wahdat Council also held a meeting after the jirga. The attendees discussed the overall situation in the background of global, regional and nation conditions.

They decided to continue intra-Pakistanis and intra-Muslims unity and interfaith harmony.

On the other hand, Sunni and Shia leaders vow to strengthen unity of Muslim Ummah.

They underlined intra-Ummah unity an essential need of current situation.

They made this pledge at Ittehad-e-Ummat Conference, held under the aegis of Jamaat-e-Ahle Haram Pakistan.

They rejected sectarianism as a conspiracy which the arrogant and imperialistic powers have designed to destroy unity of Ummah.

Those who butchered soldiers will not be spared: Raheel 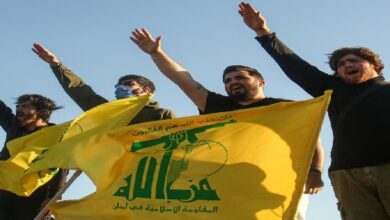