Mufti Muneeb joins nasbis in a bid to retain moon sighting committee chairmanship which government plans to take back from him.

Renowned Mufti Muneeb has disappointed Sunni Brailvis and Shia Muslims as he made a covert alliance with takfiris and nasbis who violate sanctity of Ahle Bayt of Prophet Mohammad (PBUH) and other Muslim saints.

Mufti Muneeb joins nasbis in a bid to retain

Neither Mufti Taqi Usmani Deobandi nor Mufti Muneeb Brailvi had led rallies to condemn those Deobandi terrorists and thugs such as Farooqui and Ludhianvi.

But now, they are diverting attention of common man from these heinous crimes of Deobandi terrorists and thugs.
However, Mufti Muneeb is seeking to retain his leadership position at moonsighting committee. 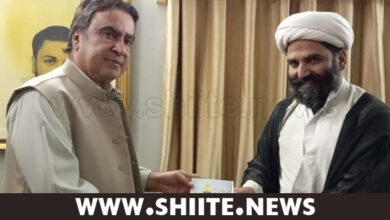 Allama Mqasood Domki: It’s our duty to support the independence movement of Palestine

‘Hamas is ready for every scenario,’ Haniyeh tells Israel 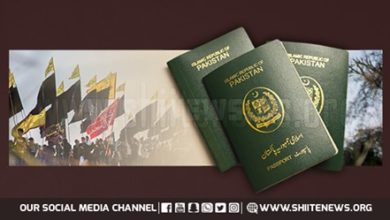