However, many Sunnis, Hindus and Christians also join Shia Islamic sacred mourning with solemnity and sanctity.

Some Ashura azadari processions reported in following cities and towns.

Those in Tando Muhammad Khan and Abbottabad also came to an end whereas the ones in Rawalpindi and Chichawatni were on their way to conclusion, as of reporting time.

Majalis were held across the country where ulema highlighted the philosophy of Karbala and pay tributes to the martyrs.

The day started with special prayers at mosques and imambargahs while all markets and business centres remained closed due to Ashura public holiday.

Azadari in Pakistan From Karachi to Peshawar

In Karachi, the main procession was taken out from Nishtar Park.

In Peshawar city alone, dozens of Ashura azadari processions were taken out.

Main Ashura procession in Hyderabad taken out from Qadamgah Maula Ali (AS) Imambargah and went through its traditional routes.

In Quetta, the main Ashura azadari procession taken out from Rehmatullah Chowk.

In Rawalpindi, the main procession was taken out 11am from Imambargah Ashiq Hussain. 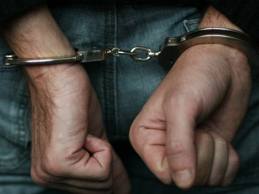