Although he called General Qamar Javed Bajwa as his brother, yet, critics noted neither Saudi King Salman nor Crown Prince MBS met with Pak Army chief.

Both sides discussed military to military ties including training exchanges.

Saudi Arabia’s Chief of the General Staff of the Armed Forces General Fayyad Al-Ruwaili received him upon his arrival at the defence ministry.

They reviewed prospects for military cooperation and ways to support and boost it during the meeting.

Besides, they discussed others matters of common concern,” the Saudi government said in a statement.

Chief of the Army Staff General Bajwa had arrived in the kingdom earlier in the day on his official visit.

Earlier, DG ISPR Maj Gen Babar Iftikhar had confirmed to Reuters that the army chief was travelling to Saudi Arabia.

He said that the visit was pre-planned and “primarily military affairs oriented.”

Saudi officials made public their dislike and also conveyed their protest behind the scene. 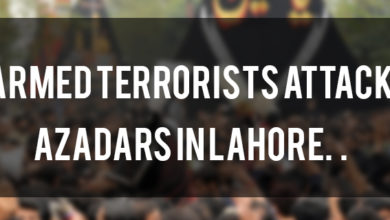 We will not tolerate even the Shadow of Daesh in Pakistan: FO Spokesman