A Pakistani soldier embraced shahadat after terrorists opened fire on the security forces at the border post in Bajaur.

Inter-Services Public Relations (ISPR) said this in a statement.

According to ISPR, Lance Naik Sami Ullah embraced shahadat after the terrorists opened fire at the security forces border post.

The attack takes place two weeks after three security personnel were martyred and eight others injured after terrorists opened fire at them during a routine patrolling near Balochistan’s Kahan village.

Security forces were patrolling near Gichak valley in the Panjgur district of Balochistan when they were attacked.

Earlier, four terrorists had been killed during an intelligence-based operation (IBO) in the Boyya area of North Waziristan, the ISPR had said.

The operation was carried out in Vezhda Sar, eight kilometres southwest of Boyya in the North Waziristan district of Miranshah.

“Sanitisation force conducted operation against terrorists’ hideout in Vezhda Sar this morning. As soon as the troops cordoned off the area, terrorists opened fire. All dug out terrorists were shot down by security forces,” the statement had read.

According to the ISPR, while returning fire, four soldiers had embraced martyrdom. They were identified as Sepoys Muhammad Ismail Khan, Muhammad Shahbaz Yasin, Raja Waheed Ahmed, and Muhammad Rizwan Khan.

The team Pakistan Army troops shot down an Indian spying quadcopter today (Sunday) in Pandu Sector along Line of Control.

The quadcopter had intruded 200 meters on Pakistan’s side of the LOC.

According to Pakistan government, 10th Indian quadcopter shot down this year.

Geo TV reported a blast ripped through the Khyber Pakhtunkhwa city of Parachinar on Thursday.

According to police, the blast left several wounded.

27 Shia pilgrims, martyred in Taftan, being laid to rest in Kohat, Orakzai and Quetta 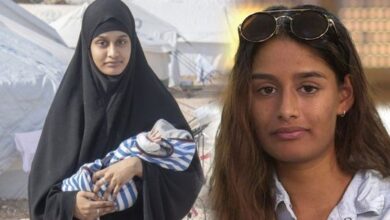