In a tweet on Monday,he said that de to unprovoked Indian firing in Nikial Sector along the Line of Control late last night, five civilian injured.

He said Pakistan Army responded effectively to the Indian firing.

On the other hand, 192 Kashmiris martyred during 11 months of Indian siege of Kashmir (IOJK).

The occupied Kashmir suffered from unrelenting military siege and crippling lockdown which the fascist Modi government of India imposed on August 5, last year.

Meanwhile, occupied Kashmir continues to remain under curfew which India has imposed there.

Due to that Kashmiris are facing worst kind of double lockdown in the context of Coronavirus pandemic.

According to Kashmir Media Service, two more persons died of coronavirus on Sunday.

Death toll due to the deadly disease in the territory to 130.

The area has been cordoned off and search operation is under way.

On the other hand, BJP led Hindutva regime has started issuing domicile certificates to non-locals, majority of them are retired soldiers and officers from the Gorkha community.

US issues a vague statement on drone attack inside Pakistan 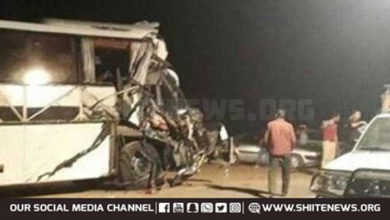