The alliance held a condolence meeting at its office in Karachi on Wednesday.

Allama Razi Jafar Naqvi lauded services of Allama Kumaili for the Shia Muslim community in particular and for interfaith harmony and for Pakistan in general.

They said Allama Kumaili served the nation for four decades. He was a great khateeb, second to none.

Abbas Kumaili served Pakistan as a senator. Although MQM had fielded him as candidate for senator yet he secured that position under a deal between Jafaria Alliance and MQM.

He also defended oppressed people during his tenure as Senator. Allama Abbas Kumaili actively campaigned against the forces of terrorism and extremism throughout his life.

MWM to Contest PS-127 against PPP and MQM 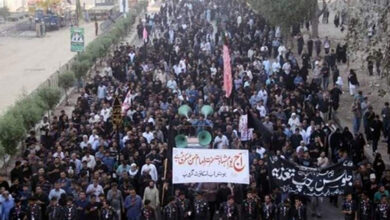