Saudi Arabia and UAE betray Muslim cause at OIC in defence of India for another time this year.

Indian media is celebrating this development as veto power which India enjoys at the OIC through said Muslim countries. They also enjoy the development as humiliating defeat of Pakistan.

Pakistan raised the issue of oppressed Kashmiris at the Organisation of Islamic Cooperation (OIC) during May 19 (2020) virtual meeting.

The UAE rejected Pakistan’s effort to highlight the plight of Kashmiris and India’s rising Islamophobia.

Saudi Arabia and UAE came to forcefully support Maldives and turned down Pakistan’s effort to form an informal working group of the OIC for this purpose.

The Sunday Guardian reported that it accessed official documents for this report.

It further reported that after receiving the snubbing, Pakistan’s permanent representative at the OIC Munir Khan stated that “it seems India has a veto (power) in OIC”. 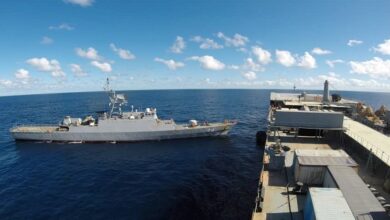