Sunni party leader demands withdrawal of all sanctions on Iran after Coronavirus poses serious threat to the country.

He urged the international community to mount pressure on United States to lift all sanctions the Washington DC has imposed to date.

Pir Masoom said this while talking to a delegation of JUP Punjab chapter who called on him in Lahore. Pir Akhtar Rasool Qadri led the delegation.

JUP-Niazi leader cited that Iran had signed an international nuclear accord which other permanent members of the UNSC plus Germany also signed.

Pir Masoom urged the Muslim Ummah, OIC and international community to help Iran in its fight against Coronavirus.

Leader of the Opposition says Qatar always stood with Pakistan 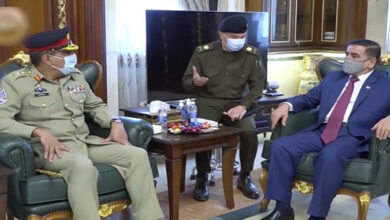