Allama Sajid Naqvi hails Ayatollah Khamenei statement for Indian Muslims who are facing with persecution at the hands of extremists.

He welcomed and supported the statement of the Supreme Leader and World Ahle Bayt Assembly.

Allama Sajid Naqvi said that both had condemned anti-Muslim attacks and persecution in India.

He said that at least 53 Muslims had embraced martyrdom so far due to anti-Muslim attacks.

He thanked Iran Supreme Leader Ayatollah Khamenei and President Khamenei for speaking against the oppression & massacre of Muslims in India & Kashmiris in IOJK by the Hindu supremacist Modi regime.

He tweeted this praise.

He said it was sad to see that few voices from the Muslim world were speaking out and condemning it, while more voices were being raised in the West condemning the Hindu supremacist Modi regime’s massacre of Muslims in India and Kashmiris in IOJK. 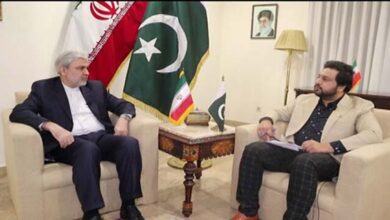