Islamic political parties’ alliance made this demand in a meeting of its leaders in Lahore today.

Furthermore, they unanimously demanded that the US leave the region.

Jamaat-e-Islami Senator Siraj-ul-Haq hosted the meeting while Chief of the council Sahibzada Abul Khair Muhammad Zubair presided over it.

The religious leaders of Shia and Sunni sects who attended the meeting termed US illegal attack on IRG Quds Force commander Soleimani an attack on the entire Ummah.

They strongly condemned assassination of General Soleimani in Iraq.

Moreover, they said that the region cannot further afford presence of the US forces thus they should immediately leave this area.

Referring to Pakistan’s decision to skip Kuala Lumpur summit, they said that the country has to bear consequences of such hasty decisions.

While expressing concerns over the condition of Muslims in Nigeria they called for immediate release of Shia Muslim leader Ibrahim Yaqoob al Zakzaky.

People across the country conitnue to take out rallies and hosting events to pay homage to said martyrs.

The delegates have departed to offer condolences over the martyrdom of IRGC Quds force commander Lieutenant General Qasem Soleimani. 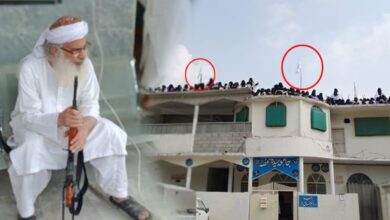