Banned terror outfit ringleader campaigns against Shia vice chancellor as government fails to punish him for hate speech in Charsadda.

Unfortunately, hate-speech against a Shia educationist has gone unnoticed.

Meanwhile, Pakistani nation has expressed dismay over inaction against the fanatic of banned terror outfit.

Interestingly, state of Pakistan had already banned Sipah Sahaba (ASWJ) and its subsidiary Lashkar-e-Jhangvi. But, they continued their activities.

Following the APS schoolchildren massacre in Dec 2014, government had introduced NAP. But, that also turned into national inaction plan.

Moreover, nobody cared to eliminate takfiri terrorists. Therefore, peace-loving Pakistani nation blames power that be for support to takfiris against Jinnah.

Ironically, Pakistan remains the only Muslim nation-state on earth that has accorded official protocol to those declared its Shia founder as heathen.

Shiite embraced martyrdom due to firing of Yazidi terrorists in Karachi

Pompeo assured Pakistan that US will not block IMF bailout: Minister says 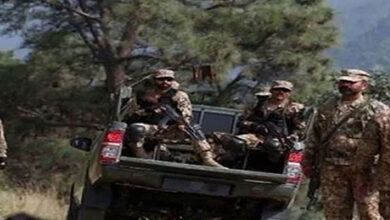