Specially, he referred to cultural and religious commonalities. He further said that it indicates solidarity and affection between the two neighboring states.

Mohebati emphasised that boosting bilateral relations would pave the way for development of the two neighbouring provinces of neighbouring countries.

Moreover, he told Pakistani officials that Iranian people respect individuals such as Allama Iqbal and Mohammad Ali Jinnah and other Pakistani figures.

The Sistan Balouchestan governor general noted the latent but significant capacities in Gwadar and Makran ports. He said that could benefit both for the two nations and the entire world.

Furthermore, he said investment in them as complementary to each other can benefit both Iran and Pakistan.

However, he also referred to external powers who do not want Islamic states such as Iran and Pakistan make progress. Hence such alien powers are trying to create discord and insecurity, Mohebati said.

Meanwhile, one may note expanding bilateral ties of Pakistan and Iran with surge in exchange of visits.

However, his two visits to Iran as the COAS and meetings also with Pasdaran (IRGC) commander conveyed a good message to Iran. 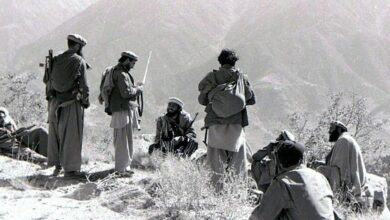