However, at the MWM reception camps, they accorded warm welcome to the participants of such rallies.

JDC Pakistan celebrates Eid Miladul Nabi with huge participation near the mausoleum of founder of Pakistan.

The JDC is actively working to serve the humanity without any bias and discrimination. Particularly, it remains a much popular NGO in Karachi.

Its ambulance service and free food for public at the JDC Dastar Khwan remain some visible examples of its services. 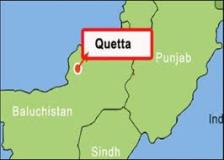