Shia Muslims begin celebrating Eid-e-Ghadeer across Pakistan in commemoration of the formal announcement of Wilayat (guardianship/leadership) of Hazrat Ali (AS) by Hazrat Mohammad (PBUH), the Prophet of Islam and last apostle of God.
All Shia neighbourhoods all over the country are wearing bride look. Because, Shias decorated their areas, streets and houses very well. Mosques and Imam Bargahs also illuminated.

Notably, the Prophet of Islam and humanity had given a sermon on Wilayah of Imam Ali. And that address to pilgrims took place on return from Hajj at Ghadeer-e-Khum on way back to Medina.

Most importantly, he declared: Man Kunto Maulah FaAli-yun-Maulah. He told his followers (Ummat) that Ali (AS) is Maula like himself for his followers and Maula, the Arabic word is used for guardian/leader also.

Due to that, Shia Muslims commemorate anniversary of that formal declaration of Wilayah of Imam Ali (AS) on 18th of Zilhajj every year.

In Pakistan, Shia Muslims begin weeklong celebrations at night between 17th and 18th Zilhajj (as per Islamic lunar calendar).

From Karachi to Gilgit-Baltistan and from Parachinar to Quetta, Shia Muslims have begun hosting special programmes on Eid-e-Ghadeer.

They recite Ziyarat of commander of faithful Imam Ali (AS) and also offer special recommended prayers.

Also, they hold congregations where that historic sermon is narrated by speakers with its Urdu translation. Religious scholars elaborate the epoch-making declaration of Wilayat of Imam Ali by Prophet of Islam. Poets recite their poetry on Eid Ghadeer.

Although Eid-e-Ghadeer celebrations remain the centuries-old tradition of Shia Muslims, it continues to date.

Furthermore, Wilayat and Imamat week concludes on 24th Zilhajj when Shia Muslims commemorate the Eid-e-Mubahila. That itself another unforgettable historical event when Prophet of Islam Hazrat Mohammad (PBUH), his daughter Bibi Fatima (AS), the son-in-law and cousin Imam Ali (AS) and grandsons Imam Hassan and Imam Hussain (PBUT) went together to prove Hazrat Mohammad the last Messenger of God and with God’s chosen religion Islam.

However, eminent Christians of Najran (present-day Saudi Arabia) had withdrawn their challenge to Prophet of Islam. And Shia Muslims celebrate that as Eid Mubahila. 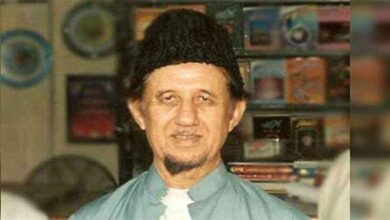