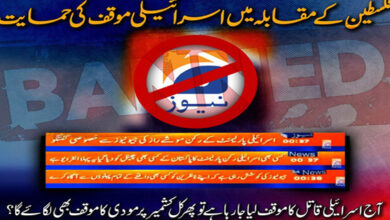 GEO or JEW News?? Instead of supporting Mujahideen-e-Islam, a contract was awarded to promote the position of the usurper Israel