Pilots from the Zionist entity and the United Arab Emirates flew alongside one another last week, as part of Greece’s largest annual military exercise, Iniohos 2019.

The drill started on April 1 at the Andravida Base in the Peloponnese and ended on April 12, according to media reports.

In addition to the Zionist entity and UAE, The United States, Italy, Cyprus, and almost the entire Hellenic Air Force (HAF) fleet took part in the drill, which consisted of complex air operations and also included naval and ground forces.

“The objective of the exercise is to provide realistic operational training in conditions that resemble a complex, multi-threat combat environment to maximize the operational capabilities of the Air Force,” read a statement released by the HAF.

As part of the exercise, Israeli pilots took part in a formation of seven aircrafts, consisting of F-35s, F-4, M-2000 and Tornado jets flying over central Athens last week.

“Given the high level of the HAF personnel and our capability to conduct exercises involving a variety of weapon systems within one of the largest exercise areas in Europe, the INIOCHOS exercise tends to become one of the most competitive exercises in Europe and the Mediterranean region, and provides participants with a high level of training and a unique experience of participation,” HAF observed.

Israel to attack Syrian forces if they move into border zone: Israeli minister

About 2,000 ISIL Terrorists Remain in Syria’s Raqqa: US Envoy 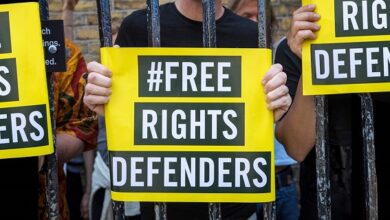