The European Parliament has for the first time heard testimonies given by victims of human rights violations committed by Saudi Arabia, the United Arab Emirates (UAE) and Bahrain.

Hatice Cengiz, the fiancée of slain Saudi dissident journalist Jamal Khashoggi, was among those who spoke during the hearing session at the European Parliament’s Subcommittee on Human Rights in Brussels on Tuesday.
In her remarks, Cengiz complained about Western governments’ inaction regarding the gruesome assassination of Khashoggi that was carried out by a Saudi hit squad inside the kingdom’s Istanbul consulate last October.
The killing is widely believed to have been ordered by Saudi Arabia’s US-backed Crown Prince Mohammed bin Salman. Riyadh has, however, sought to distance bin Salman from the murder case.
Cengiz said that those involved in the heinous crime should be punished via a clear and transparent legal process, adding that she would continue to push for sanctions on Saudi Arabia.
She also called on the European Union to “transcend economic interests” and exert pressure on the Saudi kingdom to ensure justice in the case.
“Up until now, nothing has been done to those implicated in this crime,” she said. “Hasn’t the moment come? I ask this question as a simple human being.”
If a prominent figure like Khashoggi could be targeted the way he was, then “anybody could fall victim of this system,” Cengiz noted. “These problems that exist within the [Persian] Gulf are not exclusive to the region.”
Member of the European Parliament (MEP) and chairman of the subcommittee, Antonio Panzeri, expressed his determination to clarify the facts surrounding Khashoggi’s killing, stressing, “The European Parliament is not satisfied with the progress made up to now.”
Regardless of Europe’s trade ties with Riyadh, “We will not let Saudi Arabia get away with Khashoggi’s murder,” MEP Panzeri said during a press conference after the meeting.
He also pointed out that the European Parliament would not allow the heir to the Saudi throne to cover up the murder case through his foreign visits.
“There should be coherence on the part of the EU,” Panzeri said. “[It] can’t on the one hand ask that human rights be respected, and on the other provide weapons for the conflict in Yemen.”
He further said that the legislature would spare no efforts to lift the Saudi-led blockade imposed on Qatar in June 2017.
Other speakers at Tuesday’s meeting included former Bahraini lawmaker Ali al-Aswad and Matthew Hedges, a British researcher who was arrested in the United Arab Emirates (UAE) on spying allegations.
Qatari student Jawahar Mohamed al-Meer, who was expelled from Sorbonne University Abu Dhabi, and Wafaa al-Yazidi, a Qatari mother who is looking to reunite with her family after Bahrain’s expulsion of her children amid the Persian Gulf row, were others who spoke to the European Parliament about their situation.
The Persian Gulf diplomatic dispute erupted in 2017, when Saudi Arabia, the UAE, Bahrain and Egypt suddenly cut ties with Qatar and imposed an economic blockade on the country. The quartet accuses Qatar of supporting terrorism, an accusation Doha strongly denies. 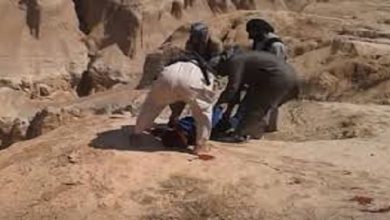 Daesh used gorge in Syria to dumping bodies of the people: HRW 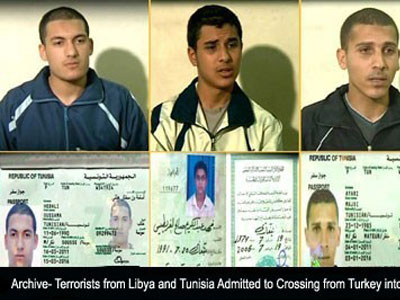