Russian Foreign Minister Sergei Lavrov says the flow of oil smuggled by Daesh across the Syrian-Turkish border is continuing despite attacks on the terror group’s infrastructure, and the UN Security Council’s ban on the illegal trade.

“After our Aerospace Forces initiated the operation to terminate the illegal traffic, particularly of oil and oil products, from Syria … to Turkey, this traffic has decreased substantially,” Lavrov said on Wednesday.

He made the remarks during a meeting with his German counterpart Frank-Walter Steinmeier, who visited Moscow to discuss Syria and other issues with Russian leaders.

Moscow has repeatedly said it has evidence showing Turkey was involved in the smuggling of oil from areas held by Daesh in Iraq and Syria. Ankara has strongly rejected the allegation.

Last December, the Security Council adopted a resolution aimed at clogging up the revenue stream of Daesh. It threatened sanctions on parties buying oil from the terrorist group, and advised that countries resist its demands for ransom payments.

Daesh finances its acts of terror mainly through drug trafficking, the sale of oil and antiquities, and ransom from abductions. Furthermore, reports indicate that wealthy individuals in the Persian Gulf region have raised major funds for the terror group.

Meanwhile, a Russian television said it had found “precious documents” that revealed the scope of illicit oil trade by Daesh and its apparent connection with Turkey.

A team of the Russia Today Documentary Channel, who traveled to recently-liberated areas in northern Syria, had found “precious documents” that have Turkish addresses on their cover pages, it said.

The financial records track the illicit oil as well as the scope and cost of trade, the television added.

Over 170 financial records, dated between January 11 and 24, 2016, were compiled by what seems to be the sales department of the Daesh ministry of natural resources.

The papers list the name of the oil well, the price per barrel, the date of sale, the number of trucks used for delivery and the total cost of the sold oil. 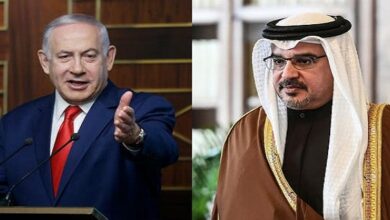