According to the local sources in the city of Mosul in Western Iraq the terrorist organization of ISIS has reduced its fighter’s salary and as a result the number of foreign fighters have extremely reduced.

“The ISIL’s decision to reduce the salaries of its foreign militants by half has immensely impacted them so much that some of them have left the terrorist group,” the Arabic-language al-Sumeria news channel quoted a local source as saying on Monday.

The source reiterated that the decline in the number of the foreign ISIL militants shows that their impetus is money and not Islam.

In a relevant development earlier this month, the Russian Sputnik news agency reported that it will take a little time but the Islamic State of Iraq and the Levant is approaching its end.

The ISIL (also known as Daesh) is the bastard child of the US’s drive to achieve regime change in Syria, it said.

To that end the US and its allies instigated an armed insurrection against the Syrian government.
Though protests — many of them violent — began in 2011, it was in 2012 — after the Geneva Peace Conference — which the US wrecked by insisting President Assad stand down — that the major fighting began, with a rebel offensive against Syria’s two biggest cities: Aleppo and Damascus.

The offensive failed. The Syrian government survived, retaining control of Damascus and half of Aleppo.

Defending these cities and the populated coastal core of Syria however forced the Syrian army to withdraw from large areas of Syrian territory, most of them desert.
In 2013 the military balance shifted back to the Syrian government.

The US response was to try to use a chemical attack on the Damascus suburb of Ghouta as a pretext to bomb Syria. When that failed because of strong opposition from Russia and US public opinion it stepped up support for the insurgency.

Weapons, money and fighters poured in, and over the course of 2014 the military balance shifted back to the rebels again.

The main beneficiary was the organization that now calls itself the ISIL.

This began as the Iraqi branch of the global jihadi terrorist group Al-Qaeda.

It took advantage of the vacuum created by the Syrian army’s withdrawal from Syria’s desert regions to expand into Syria and to establish itself there.

As the best organized, most violent and most militant of the jihadi groups that form the core of the Syrian rebellion, it quickly achieved predominance especially as it focused on seizing territory rather than fighting the Syrian army.

In 2014 it went on the offensive in Iraq, seizing the important city of Mosul.
Shortly after it declared itself the Islamic State of Iraq and Levant and proclaimed its leader — the man known as Ibrahim Abu Bakr Al-Baghdadi — Islam’s Caliph.

The ISIL is said to have a Wahhabist or Salafist ideology, like those in Saudi Arabia and Qatar, and like that of its original parent, Al-Qaeda. Actually it combines Salafism with an apocalyptic vision previously unknown to Islam. 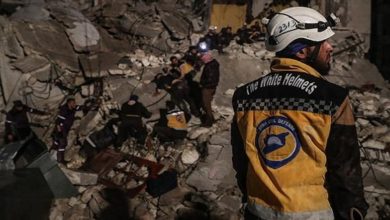