The Organization of Islamic Cooperation (OIC) has condemned Israel’s plan for the construction of 4,000 new settler units in the occupied Palestinian territories, saying the Tel Aviv’s regime’s settlement expansion activities are in defiance of international law.

In a statement on Sunday, the OIC condemned Israel’s plan to evacuate and demolish 12 Palestinian villages in Masafer Yatta area, south of the occupied West Bank city of al-Khalil (Hebron), stressing that the Israeli colonial settlement policy represents a blatant aggression against the rights of Palestinians, Palestine’s official Wafa news agency reported.

The OIC added that Israel’s evacuation policy is also a flagrant violation of international law and relevant UN resolutions, .

It further urged the international community, particularly the UN Security Council (UNSC), to implement its resolutions, to stop Israel’s settlement activities across the occupied territories, and to compel the occupying regime to stop its continued violations of international law.

The OIC also called on the internal community to hold Israel accountable for its continued crimes and aggressions against Palestinians and their sanctities.

Israel has decided to deport over 1,300 Palestinians from their hamlets in Masafer Yatta area in favor of Israeli settlers.

The regime’s Supreme Court ruled in favor of expulsion of Palestinians from the area on Wednesday. Taking the decision the court rejected the Palestinians’ arguments that they had lived there before.

Israel began attempts to expel the Palestinians in the early 1980s, prompting a legal battle by them that lasted for two decades. The campaign saw the regime declaring most of the area as “a closed military training zone,” something that the Palestinian residents denounce as a “pretext for seizing their land.

The Geneva Council of Rights and Freedoms has described the measure as “a stark example of Israel’s policy of racial discrimination.”

It also said the expulsion of the land’s inhabitants from their homes and the seizure and transfer of land to settlers amount to forced displacement, and were tantamount to a war crime under the rules of international law.

Israeli regime officials hope to advance the illegal settlement project before an expected visit by US President Joe Biden to the occupied territories at the end of June.

Most of the international community considers Israeli settlement construction illegal under international law and an obstacle to the so-called two-state solution to the decades-long Israeli-Palestinian conflict.

Nearly 700,000 Israelis live in over 230 illegal settlements built since the 1967 occupation of the Palestinian territories of the West Bank and East al-Quds.

The UN Security Council has in several resolutions condemned the Tel Aviv regime’s settlement activities in the occupied Palestinian lands.

30 Alawites martyred by extremists in Syria 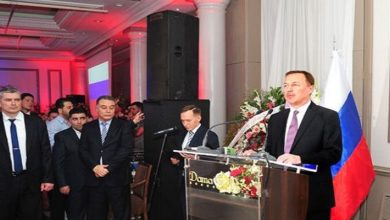 Erdogan: Relocating US embassy to al-Quds is wrong