Mamlouk affirmed that Syria is categorically determined to eradicate terrorism , liberate all its territories, and reconstruct what has been destroyed by the war, stressing on the importance of bolstering strategic relations standing between Syria and Iran at various fields.

He underlined that Syria will never forget Iran’s support for it in the face of terrorists.

For his part, Raisi underlined the necessity of preserving Syria’s sovereignty and territorial integrity, indicating that the US seeks to perpetuate the security and economic problems it created for Syria

He said that Syria is the first line of confrontation with the Zionist entity, calling for unity between Islamic countries and peoples to confront this usurping entity and its arrogance.

Turkeys has ‘evidence’ of US supporting Daesh in Syria: Erdogan

Syrian pilot found alive after US downed plane over Raqqah 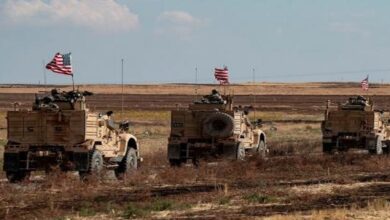