American forces were supposed to withdraw from the Arab Republic back in September-October 2019 according to Trump’s orders, but several hundred servicemen stayed in order to “guard” the oil fields in the country’s east.

Even as the coronavirus has affected most of the world, including some countries’ militaries, US servicemen in the Middle East are apparently carrying on with their regular duties regardless.

According to a recent report by the broadcaster Syria TV, citing local sources, a group of at least 35 US military vehicles travelled from Syria’s north-eastern Al Hasakah province to the south – purportedly to the city of Al Shaddadah. The Syrian broadcaster said that the US forces would be finalising the construction of a military base there.

Earlier, on 6 April, a similar column of 35 trucks carrying military equipment was reportedly spotted crossing into Al Hasakah province from Iraq, where the US has been gradually reducing its military presence after a major falling out with the government. Back in January, the Iraqi parliament voted to end the presence of foreign forces in the country after the US Air Force conducted an unauthorised operation to assassinate Iranian General Qasem Soleimani, who was visiting the country on a diplomatic mission.

Is It All About Oil?

While the purpose of the trucks’ redeployment to Al Shaddadah has not been officially revealed, Syrian media outlets insist that the American forces are interested in controlling the local oil fields. Their suggestion goes in line with accusations made by Syrian President Bashar Assad, who stated back in 2019 that the US had been stealing Syrian oil and selling it to Turkey.

Washington, in turn, never denied its interest in the Syrian oilfields – these are the reason why, following Trump’s second promise in two years to withdraw troops from Syria, many American servicemen remain in the Arab Republic. President Trump called the move “keeping the oil”, with his Defence Secretary Mark Esper elaborating that the crude would be “kept” from ending up in the hands of Daesh* remnants allegedly present in the country after the terrorist group’s defeat.

The US never denied involvement in the sale of Syrian oil either, although did not confirm it directly. Washington, however, assured that the revenue from the oil would not end up in its own pockets, but would be used to fund Kurdish fighters controlling the country’s east in cooperation with American troops. 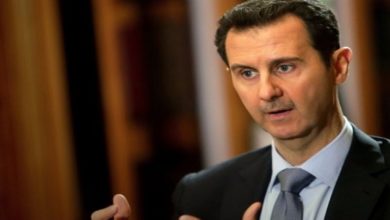