A Lebanese political expert puts Saad Hariri’s recent resignation as the country’s caretaker prime minister down to his failure to overcome “Saudi obstruction.”

The Middle East affairs’ expert, Faisal Abdul-Satter, made the remarks to Press TV in an interview on Monday.

“Saad Hariri failed to clear the obstacles that were put on his way by Saudi Arabia,” with which he has fallen out of favors, the pundit said.

The interim official tried to regain Riyadh’s approval by travelling to many countries, where he would try to have them mediate between him and the kingdom.

“He, however, fell short of regaining Riyadh’s favor until the moment of his resignation,” Abdul-Satter said.

To win back Saudi support, Hariri refused to cooperate fully with the resistance movement of Hezbollah’s efforts towards government formation, and even attacked the group during an interview after his resignation.
The PM-designate resigned on Thursday, alleging that domestic differences had prevented him from succeeding in his efforts to form a government, and end Lebanon’s long-drawn-out political stalemate.

Saudi-born Hariri has invariably been under heavy pressure and influence by Riyadh.

He was even abducted by Saudi authorities during a trip to the kingdom in 2017, a development that observers called the Saudi court’s means of sending a clear message about its plans for Lebanon.

Given the circumstances, Abdul-Sattar dismissed Hariri’s reason for leaving the post as mere “political maneuvering.”

He, meanwhile, warned that “by setting Hariri aside, now the Saudi is trying to look for another person in coordination with the French and the Americans.”

The pundit said Hezbollah would, however, not give in to efforts aimed at whipping up discord inside the country.

The movement would extend its helping hand towards anyone, who could seek to resolve the country’s political crisis, “even towards those who insult the party,” Abdul-Sattar said, apparently referring to Hariri. 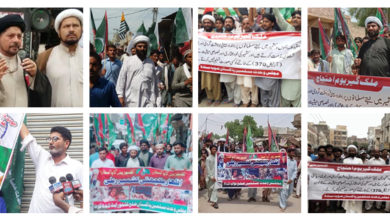