Leaders of Hamas and Hezbollah resistance movements, Ismail Haniyeh and Sayyed Hassan Nasrallah, met in Lebanon last year to draw up a plan for the liberation of the Israeli occupied territories, a Lebanese paper reports.

According to Beirut-based al-Akhbar daily, the recent blow dealt to Israel during the 11-day Gaza war was part of the liberation plan.

The Palestinian resistance adopted tactics used by Hezbollah during the 2006 war by setting up mock rocket launch sites to deceive the Israeli air force, the report said.

Yemen’s Ansarullah also communicated with Hamas and requested coordinates for the sites it wanted to target with missiles and drones, but Hamas told the popular movement not to intervene as long as the Israeli army had not crossed the “red lines.”

Tel Aviv began bombing Gaza on May 10, after Palestinian retaliation against violent raids on worshipers at the al-Aqsa Mosque and Israel’s plans to force a number of Palestinian families out of their homes at the Sheikh Jarrah neighborhood of East Jerusalem al-Quds.

Apparently caught off guard by unprecedented rocket barrages from Gaza, Israel announced a unilateral ceasefire on May 21, which Palestinian resistance groups accepted with Egyptian mediation.

According to Gaza’s Health Ministry, 254 Palestinians were killed in the Israeli offensive, including 66 children and 39 women, and 1948 others were wounded.

In a televised speech last week, Lebanon’s Hezbollah chief Sayyed Hassan Nasrallah warned that any aggression against Jerusalem al-Quds or the city’s holy sites would mean a regional war.

“When holy sites face serious threats, there are no red lines,” he said. “All the resistance movements can’t sit back and watch if holy sites are in danger.”

Similarly, Hamas leader in Gaza, Yahya Sinwar, warned of a regional war in case holy sites were attacked and that all resistance groups would coalesce in any future battle.

“Nasrallah should be taken seriously; he is Israel’s most credible enemy, he usually doesn’t make empty threats,” a senior Israeli security source told al-Monitor news website on the condition of anonymity. “The fact that he joined Sinwar at this timing and announced that any unilateral Israel move in Jerusalem would lead to war should be treated … as a very serious warning.”

Former Israeli lawmaker Zvi Hauser said, “This is probably the last time that Israel will confront Hamas alone. In the future, Israel will be challenged at the same time on additional fronts, such as the northern front, making the challenge much tougher.”

In a TV program, al-Akhbar editor-in-chief Ibrahim al-Amin said that a joint operation room for the recent Gaza war was established in Beirut, where officers from Hamas, Hezbollah and Iran’s Islamic Revolution Guards Corps (IRGC) oversaw the conflict.

The operation room was not only a place to exchange experience and tactics, but also somewhere intelligence apparatuses operated, he added.

“Israel knows that the first outcome of Gaza’s victory is not Gaza linking with al-Quds, the West Bank and the 1948 Arabs – namely the resistance’s connection with other parts of Palestine – but the rest of Palestine joining the resistance axis,” he said.

“Nasrallah said the resistance in the Arab world should support Gaza. It means that this front is obliged to support Palestine even if there is no need to enter the war,” Amin added. 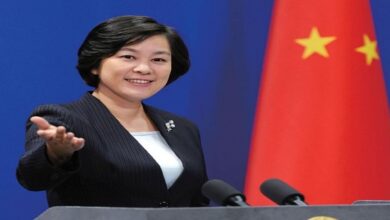 Hezbollah is going ahead with fighting corruption: MP Hasan Fadlallah

EU slams Israel over demolition of Palestinian property in al-Quds