Speaking from Tehran, the OPEC chief says it is “impossible” to eliminate Iranian crude from the global market, as the United States steps up a Saudi-sponsored push to force Tehran’s crude exports to “zero” as part of its unilateral sanctions against the Islamic Republic.

Mohammed Barkindo, the secretary-general of the Organization of Petroleum Exporting Countries, was speaking Thursday on the sidelines of the 24th International Oil, Gas, Refining and Petrochemical Exhibition in the Iranian capital, Tehran.

Barkindo further pointed to the challenges facing OPEC member Iran after Washington tightened its oil sanctions against the country, saying he was certain that Tehran would successfully overcome the issues thanks to the experience it has gained in dealing with such restrictive measures over the past years.

The White House said in a statement on April 22 that the decision to end the exemptions was intended “to bring Iran’s oil exports to zero,” around a year after it abandoned a 2015 multinational nuclear deal with Iran and reinstated its sanctions against the Islamic Republic in a much-criticized move.

The US also said Saudi Arabia and the United Arab Emirates (UAE) would “more than make up the oil flow difference” to make sure that global markets were not unsettled. The two OPEC members are close Washington allies and firmly back US President Donald Trump’s hostile Iran policy.

In the aftermath of Washington’s decision, oil prices quickly jumped to their highest levels since last November amid worries about how the termination of American waivers will affect global crude supply, as many observers believe Riyadh and Doha exaggerate their ability to make up for any shortage.

Asked whether Iranian crude could be excluded from the market, the OPEC secretary general replied, “There is no need to repeat it. It is impossible to eliminate Iranian oil from the market. ”

“As an organization, we will remain focused on our goal of avoiding an energy crisis that may affect the global economy,” said Barkindo.

The senior official highlighted the influential role of Iran as a founding member of OPEC, saying that the challenges posed to Iran would leave an impact on the entire organization of crude exporters.

OPEC, Barkindo added, is “not a mere organization” and could affect the global oil industry in its entirety.

He added that OPEC is “committed to stay united” and “not slip back into the chaos” it has faced in recent years.

Tehran has downplayed Washington’s attacks against its oil revenues and said it still has multiple ways of selling its crude, of which America is not aware of.

The minister also delivered a warning to the countries using oil as a political “weapon,” saying such an approach was turning unity in OPEC into division and causing the death and collapse of the organization.

Turkey has also blasted the US for pushing to replace Iran with its own close allies in the oil market.

Speaking on Thursday, Turkish Foreign Minister Mevlut Cavusoglu warned against the repercussions of American sanctions on Iran, saying the bans negatively affect the entire region, including his own country.

Regarding the expiration of the waivers, the top Turkish diplomat said his country cannot quickly abandon Iranian oil, Turkish media cited him as saying.

The refineries in Turkey are not adapted for Iraqi oil, said Cavusoglu.

OPEC and its allies are set to meet in June to decide on any supply changes. 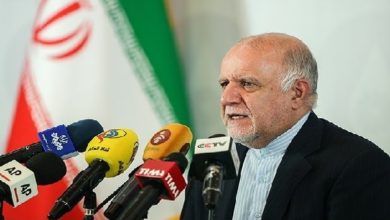 Iran: US is posing “threats to global energy security”

US war on Syria to spell disaster: Leader