A senior Iranian official says Major General Qassem Soleimani, who commands the Quds Force of Iran’s Islamic Revolution Guards Corps (IRGC), had provided the Foreign Ministry with documents showing that the US is in league with the Daesh Takfiri terrorist group.

Hossein Amir-Abdollahian, the Iranian parliament speaker’s special adviser on international affairs, who previously served at the Foreign Ministry, made the revelation in a program run on the Iranian broadcaster, the IRIB.

“When I was at the Foreign Ministry, I had a meeting with General Soleimani. He gave me documents and told me to slap them in the face of the West and the UN,” Amir-Abdollahian said.

The IRGC general, he noted, “even asked me to tell [Foreign Minister Mohammad Javad] Zarif not to hold talks with the US about the region alongside the nuclear negotiations, but should the need arise, he can put the documents on the table and tell the Americans this is what you are up to.”

“The documents provided by General Soleimani contained precise information on the geographical position, time and exact details (of US collusion with Daesh),” Amir-Abdollahian said.

“When Mosul in Iraq was under the Daesh occupation, an American A330 landed at Mosul Airport, American generals got off the plane and military equipment was unloaded,” he explained. “At the airport’s VIP lounge, the American generals talked with Daesh leaders in Mosul for three hours and 23 minutes and then boarded the plane and returned.”

“What did they (Americans) bring for Daesh? Weapons and equipment it needed and that they had already agreed on,” the Iranian official said.

According to the official, when Daesh commanders were arrested in recent months, Americans resorted to different security and military techniques or to the UN to have most of Daesh leaders evacuated under the pretexts that people were under siege and there was need for a ceasefire.

“Later, we found out that the Americans had taken some of those evacuated to northern Afghanistan, some to Libya and others to southern Yemen,” he said.

Leader of the Islamic Revolution Ayatollah Seyyed Ali Khamenei recently issued a warning to the same effect about the US relocating Daesh to Afghanistan.

By transferring Daesh from Iraq and Syria to Afghanistan, the US seeks “to justify the continuation of its presence in the region and to create security for the Zionist regime,” the Leader said in late January.

Daesh started offensives in Iraq and Syria in 2014, occupying territory in the two Arab countries and establishing a self-proclaimed “caliphate.” Soon, the Iraqi and Syrian armies — both receiving advisory military help from Iran — galvanized to retake Daesh-held territory.

The terrorist outfit was gradually ousted of all the land it had occupied in the two Arab countries.

General Soleimani declared the end of Daesh’s territorial rule in a letter addressed to Ayatollah Khamenei on November 21, 2017.

US isolated self more anytime it targeted Iran at UNSC: Araqchi

US wants to restore its hold on Iran: Ayatollah Khamenei 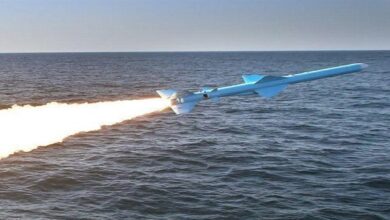