Iran’s ambassador to the United Nations Gholamali Khoshroo, slammed the move on Monday, stressing that it was proof that the US is a main supporter of the Tel Aviv regime’s occupation and aggression.

“The US wishes to remove solving Palestine’s problems from the UN’s agenda by twisting reality and misleading public opinion,” he said.

He added that it was also another example of Washington’s hostility towards Muslims and the free world.

Iranian Foreign Ministry spokesman Bahram Qassemi also censured the veto, noting that it was aimed at cracking down on Palestinians’ rights and goes against regional peace and security.

“With its unwise and provocative move of officially recognizing Jerusalem al-Quds as Israel’s capital, the US showed its lack of adherence to international resolutions,” he said.

Iran “severely condemns” this move and calls on the international community to halt its execution in order to calm regional tensions, he added.

The US’ veto of the resolution showed that it is violating the legitimate rights of all Palestinians, Qassemi added.

US has lost its objectivity: Turkey

Meanwhile, the Turkish Foreign Ministry has issued a statement voicing its shock over Washington’s reaction, saying the US had “lost objectivity” and it was unacceptable for the UN Security Council to be left “ineffective” with such a measure.

Fourteen members of the 15-member council voted on Monday in favor of the Egyptian-drafted resolution, which did not specifically name the US or Trump but expressed “deep regret at recent decisions concerning the status of Jerusalem,” while US Ambassador Nikki Haley wielded Washington’s veto against the call.

Washington’s key allies the UK, Italy, France, Ukraine and Japan were all among the 14 countries that voted in favor of the measure, which asserted that “any decisions and actions, which purport to have altered the character, status or demographic composition of the Holy City of Jerusalem [al-Quds] have no legal effect, are null and void and must be rescinded in compliance with relevant resolutions of the Security Council.” 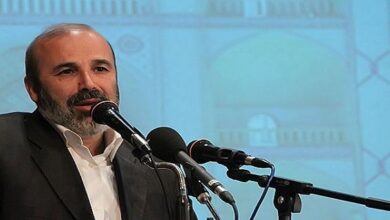 IRGC General: Iran to Take Revenge on US for Gen. Suleimani’s Blood

Commander : US Failed to Prevent Outbreak of Islamic Awakening Movement

Cleric Warns against West’s Using Excuses to Renege on Commitments