Iran, Russia and Azerbaijan are set to hold a summit in Tehran for talks on trilateral and regional issues, with presidents of the three countries in attendance.

The presidents of Russia and Azerbaijan, Vladimir Putin and Ilham Aliyev, will later on Wednesday take part in the summit with their Iranian counterpart, Hassan Rouhani.

“After the first meeting of the presidents in Baku, it will be a good opportunity to boost cooperation,” he said.

Upon his arrival in Tehran, the Azeri president held a meeting with his Iranian opposite number.
Rouhani, Putin and Aliyev held their first tripartite summit in August 2016 in Azerbaijan’s capital, where they exchanged views on environmental issues and the fight against terrorism as well as ways of enhancing cooperation in the areas of commerce, energy, communications, transport and transit.
They further vowed to work together to prepare the grounds for the construction of the International North-South Transit Corridor (NSTC) which is expected to provide a faster and more efficient trade connectivity between Europe and Southeast Asia.

Meanwhile, the Kremlin has announced that the Russian president will discuss issues such as the Syria crisis as well as energy cooperation with President Rouhani and Leader of the Islamic Revolution Ayatollah Seyyed Ali Khamenei during his visit to Tehran.

“Syria-related issues will be on the agenda of the Russian-Iranian bilateral talks,” Kremlin spokesman Dmitry Peskov said. 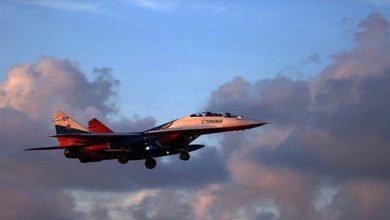