Speaking to reporters in Russia on Sunday, Larijani said it was clear that the Zionist regime of Israel and some countries like Saudi Arabia “have played a major role in writing [Trump’s speech] and guiding him.”

He added that the US president’s speech was confused nonsense, emphasizing that Trump made “brazen” comments about the Islamic Revolution Guards Corps (IRGC).

The top Iranian parliamentarian pointed to Trump’s remarks about the historic 2015 nuclear agreement, known as the Joint Comprehensive Plan of Action (JCPOA), saying that the US president aimed to cause commotion and prevent international economic cooperation with Tehran.

The US president laid out the United States’ new strategy on Iran on Friday in which he said he would not certify Iran’s nuclear deal, which was signed between Iran and the five permanent members of the United Nations Security Council – the United States, Britain, France, Russia and China – plus Germany.

Apart from his refusal to certify the JCPOA, Trump also warned that he might ultimately terminate the deal, in defiance of other world powers and undermining a landmark victory for multilateral diplomacy.

While Trump did not pull Washington out of the nuclear deal, he gave the US Congress 60 days to decide whether to reimpose economic sanctions against Tehran that were lifted under the pact. Reimposing sanctions would put the US at odds with other signatories to the accord and the European Union.

During his speech, the American businessman-turned-politician also said he was authorizing the US Treasury Department to impose further sanctions on “the entire” Islamic Revolution Guards Corps (IRGC) for what he claimed was “its support for terrorism.”

Israel and Saudi Arabia were among few governments that supported Trump’s refusal to certify Iran’s compliance with the nuclear agreement.

Saudi Arabia’s King Salman on Saturday telephoned the US president, voicing appreciation for the aggressive speech that he delivered against Iran.

The United States is a key source of weapons for Saudi Arabia, which has been bombarding Yemen since 2015, leaving thousands of civilians dead.

Saudi Arabia was Trump’s first stopping point on his maiden foreign trip as president, where he signed deals worth billions of dollars, including $110 billion in arms sales. 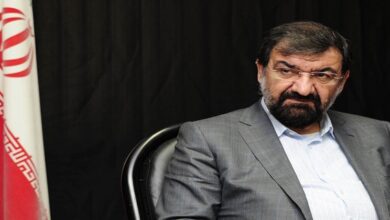 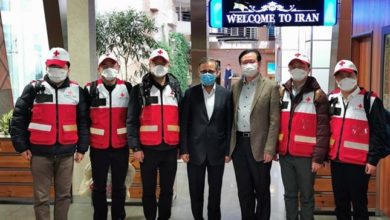