Supreme Leader of the Islamic Revolution Ayatollah Seyed Ali Khamenei hailed Iran’s might and power in defending the country’s territorial integrity, and stressed that enemies don’t dare to make an aggression against the Iranian nation.

Supreme Leader of the Islamic Revolution Ayatollah Seyed Ali Khamenei hailed Iran’s might and power in defending the country’s territorial integrity, and stressed that enemies don’t dare to make an aggression against the Iranian nation.

“In a period of time (during the Iraqi-imposed war against Iran 1980-1988), Iranian ships in the Persian Gulf were targeted and oil terminals and industrial centers were bombarded by the enemy but now they do not dare to get close to Iran,” Ayatollah Khamenei said.

He made the remarks on Tuesday, addressing the officials of the country who had come to meet him on the occasion of the holy month of Ramadan.

Israel and its close ally the United States have recently intensified their war rhetoric against Iran. The two arch foes of the Islamic Republic accuse Iran of seeking a nuclear weapon, while they have never presented any corroborative document to substantiate their allegations. Both Washington and Tel Aviv possess advanced weapons of mass destruction, including nuclear warheads.

Iran vehemently denies the charges, insisting that its nuclear program is for peaceful purposes only. Tehran stresses that the country has always pursued a civilian path to provide power to the growing number of Iranian population, whose fossil fuel would eventually run dry.

Iran has, in return, warned that it would target Israel and its worldwide interests in case it comes under attack by the Tel Aviv.

The United States has long stressed that military action is a main option for the White House to deter Iran’s progress in the field of nuclear technology.

Iran has warned that in case of an attack by either the US or Israel, it will target 32 American bases in the Middle East and close the strategic Strait of Hormuz.

An estimated 40 percent of the world’s oil supply passes through the waterway. 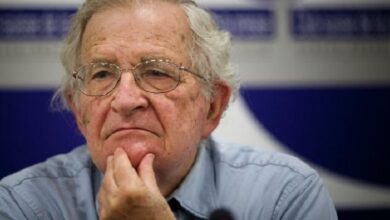