Two Iranian warships have crossed the Suez Canal and are heading towards the Mediterranean Sea after Egypt issued authorization for the move.The two Iranian vessels, Khark and Alvand, crossed the Suez Canal, a strategic international shipping route in Egypt, on Tuesday.”They entered the canal at 5:45 a.m. (0335 GMT),” Reuters quoted an official of the canal as saying.
The 1,500-ton patrol frigate Alvand is armed with torpedoes and anti-ship missiles, while the larger 33,000-ton supply vessel Khark has 250 crewmembers and can carry three helicopters.
A Lebanese security official, who asked not to be named, earlier said the passage of the two Iranian naval ships through the Suez Canal has been delayed due to stormy weather off Syrian and Lebanese coast.
Egypt’s official news agency, MENA, reported on Friday that Cairo had “agreed to allow the two Iranian warships to transit the Suez Canal.”This marks the first time since the victory of Iran’s 1979 Islamic Revolution that Iranian warships have been allowed to use the Suez Canal.
Iran’s Navy has announced that dispatching Iranian vessels to the Mediterranean is aimed at strengthening friendly relations with other countries and conveying Iran’s message of peace and security in international waterways.
Meanwhile, Israeli Prime Minister Benjamin Netanyahu expressed concerns on Sunday over the passage of the two Iranian ships through the Suez Canal into the Mediterranean.
“Israel views with gravity this Iranian initiative and other developments that reinforce what we have said in past years about Israel’s security needs,” he claimed in a statement released by his office.
“Today we are witnessing the instability of the region in which we live and in which Iran is trying to profit by extending its influence by dispatching two warships to cross the Suez Canal,” added the premier.
Tags
Iranian warships enter Suez Canal amid Israeli concern
February 22, 2011
2 1 minute read
Facebook Twitter LinkedIn WhatsApp Telegram Viber Share via Email Print 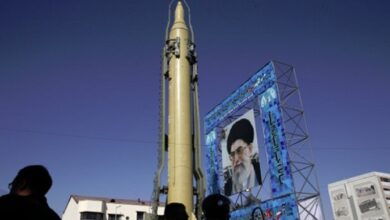