Secretary of Iran’s Supreme National Security Council denounced the attempts by certain regional states to upset security in Afghanistan as part of a broader scheme to dispatch the “defeated terrorists” from Iraq and Syria to Afghanistan.

“Some of the countries in the region are seeking to make Afghanistan insecure and weaken its security and law enforcement structure to pave the way for the transfer of defeated terrorists in Iraq and Syria to this country (Afghanistan),” Ali Shamkhani said in a telephone conversation with Afghanistan’s national security adviser Mohammad Hanif Atmar on Saturday.

It came after a fatal terrorist attack on an Afghan army base in the northern province of Balkh that killed at least 140 soldiers on Friday.

Condemning the attack on the Afghan Army base, claimed by the Taliban, Shamkhani voiced Iran’s readiness for whatever help for those injured in the fatal assault.

He also called for the “acceleration of security and intelligence cooperation between Iran and Afghanistan”, saying such interaction would contribute to the security and stability of the two neighbors.

For his part, Hanif Atmar stressed the need for constant consultations between Tehran and Kabul in the fight against terrorism and insecurity.

According to Afghan officials, the death toll has jumped to 140 following Friday’s assault on an army base a few miles from Mazar-i-Sharif, the capital of Balkh.

Another 160 people were wounded in the attack. Two of the attackers blew themselves up and seven were killed in the assault, which lasted several hours and targeted soldiers at a mosque and a dining facility, the Afghan Defense Ministry said.

Israeli attacks on Syria meant to prop up terrorists: Iran 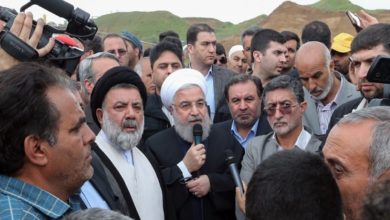