The Leader of Islamic Revolution, Ayatollah Syed Ali Khamenei, has described the Iranian nation as the flag-bearer of liberation and prosperity of the Islamic Ummah, saying the enemies are pretending to target Iran, but in reality they are targeting Islam and the Holy Qur’an.

On Wednesday in a meeting with thousands of young people in the “construction Baseej” or volunteer construction forces, the Leader said the principal factors behind the colossal movement of the Iranian nation are “love and faith” and “insight and determination” .

The Leader said the same four factors make up “the essence and spirit” of the construction Baseej movement. In further remarks he said the driving engine behind the advancement, resilience and honour of the Iranian nation is “true Islam, spirituality and the Holy Qur’an”.

In further remarks, Ayatollah Syed Ali Khamenei said the four essential elements of “love, faith, insight and determination” have been bequeathed to the appreciative Iranian nation, by the founder of the Islamic republic, the late Imam Khomeini (may his soul rest in peace), and these four essential elements have ensured during the past three decades that the tree of the Islamic revolution has grown strong, deep-rooted, and bore much fruit.

Elsewhere in his remarks, Ayatollah Syed Ali Khamenei stressed that the Iranian nation is currently going through a sensitive and potentially hazardous turn in its history. He said during the past 30 years we have successfully negotiated many potentially dangerous situations, but all of us must realize that we are not out of danger as yet, and our journey through this sensitive and hazardous period of our history is not yet complete â€“ thus Iranian people and Iranian officials must maintain their vigilance, and continue their movement with care, planning, reasoning and unity.

Praising the “insight, determination and capabilities” of the Iranian people , the Leader said: “The Iranian people are literally at the front line of the Islamic Ummah’s fight against the domineering powers, and without any wavering, or stepping back, the Iranian nation will accelerate and move forward with authority, retaining its revolutionary strength and power”.

Referring to the world powers’ all-encompassing support of Saddam Hussein and his army, during eight years of imposed war, whether it be military support and weaponry, financial support, political support, or media support, the Leader stressed this same Saddam Hussein whom the bullying powers had unleashed against “the Imam, the Islamic revolution, and the Iranian nation” died in complete misery, wretchedness and hardship, but the Islamic revolution, and the nation of Imam Khomeini (may his soul rest in peace) is today stronger than ever before, alive and prospering, and this experience can certainly be repeated in the future.

Iran Warns Turkey against Desire to Intervene in Syria 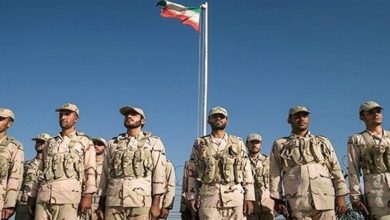 2 IRGC forces killed during clashes with terrorists near Pakistan border 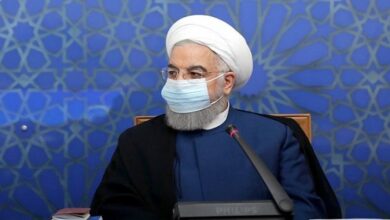