Tehran’s interim Friday Prayer Leader, Ayatollah Ahmad Jannati has named the US and Britain as the main perpetrators behind the terrorist operations in the city of Zahedan.

Due to two terrorist blasts in front of Jameh Mosque in the southeastern Iranian city of Zahedan on July 15, twenty-seven people were Â martyred and more than three-hundred others were wounded.

Ayatollah Jannati further referred to the terrorist operations in the city of Zahedan and said through commitment of such a heinous crime, the US and Britain were intent on causing discord between Shiite and Sunni Muslims.

In further remarks, Ayatollah Jannati pointed out that the enemies of Islamic Revolution have targeted the unity of Islamic community, while calling for the vigilance and alertness of all Muslims against this conspiracy and underlining that the Islamic Republic of Iran will not allow the enemy to fulfill its ominous goals.

Tehran interim Friday Prayer leader also warned Western states against the inspection of ships and planes, which are destined for Iran. 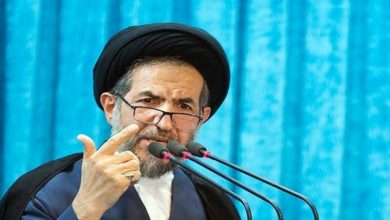 Iran’s neighbors have turned into US military base: Ayatollah Jawad Amuli