The death toll from the twin bomb blasts in the southeastern Iranian city of Zahedan has reached 26 while more than ten times as many have been injured.

According to the Shiite News Correspondent ,â€™The late July 15 blasts hit outside the city’s Grand Mosque, leaving widespread devastations in its trail,The two explosions that took place in front of the Â mosque on also ripped through nearby shops.

The first explosion occurred at 9:20 p.m. local time (1650 GMT) and was followed by a second blast within minutes, local officials said Thursday. Emergency efforts are underway to help those injured.

It is widely believed that hard-line Wahabis and Salafis trained by the CIA in Pakistan are the main elements behind the bombings.However,More than 26 people have been killed and over 200 others have been wounded after two explosions hit the southeastern Iranian city of Zahedan in Sistan-Baluchestan Province.

“Two explosions in the front of Zahedan’s Grand Mosque have left more than 26 martyrs and over 200 injured,” Fariborz Rashedi, the head of Sistan-Baluchestan’s emergency unit told IRNA.

Jalal Sayyah, a police official, said emergency forces have arrived at the scene of the incident, adding that an investigation into the incident was underway.

A ranking official with the Islamic Revolution Guards Corps (IRGC) has implicated “the US, Israel and some European countries” in the deadly blasts in the southeastern Iranian city of Zahedan.

Yadollah Javani, the head of IRGC’s political bureau, said late Thursday that the latest terrorist attack in the southeastern province of Sistan-Baluchestan points to the involvement of terrorist groups under the auspices of the United States, Israel and some Western countries, which seek sectarian division, Fars news agency reported.

“The enemy seeks out division between Shia and Sunni Muslims in order to create chaos in the country,” Javani noted. “One could not doubt the involvement of secret foreign services in the efforts to generate tension amongst Muslims,” he further explained.

The Iranian official also noted that confessions made by Abdolmalek Rigi, the Pakistan-based Jundallah terrorist group’s ringleader, before his execution last month, unveiled widespread US support for waging an insurgency against the Islamic Republic.

“Rigi’s confessions prove that the US, Zionists and some European countries are directly linked with the Zahedan blasts, because he had confessed that the US wants bomb attacks to be carried out across Iran,” he said.

After Rigi’s execution, Jundallah was effectively disbanded and experts say that the group is highly unlikely to have carried out the latest blasts. It is widely believed that hard-line Wahabis and Salafis trained by the CIA in Pakistan are the main elements behind the bombings. 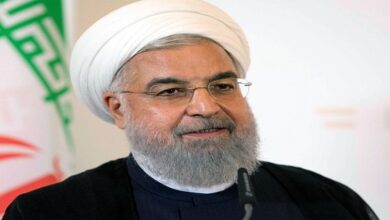 US Plot for Economic Collapse of Iran Foiled: President Rouhani