“One of the big dangers is that political propaganda by various parties, newspapers and foreign media will affect the right channel of judgment and legal proceedings,” Ayatollah Khamenei said in a meeting with Judiciary Â Chief Ayatollah Sadeq Amoli Larijani and senior judiciary officials on Monday.

He stressed the importance of moving in the path of justice while refraining from being influenced by feelings, friendships and hostilities.

The Leader said the judiciary is among the “very sensitive” parts of the Islamic establishment and urged all bodies in the country to support it.

“So, the judiciary will be able to properly fulfill its duties under the current difficult situation. That will help the country to move towards its high goals,” he said.

The Leader noted that the judiciary system needed some revisions to its regulations and said, “One of the most important issues in the judiciary which is also regarded as among the most difficult ones is that the judicial system should not be affected by friendships and enmities and political propaganda.”

Ayatollah Khamenei made the remarks on the anniversary of a deadly attack by the Mujahedin Khalq Organization (MKO) in the Iranian capital in 1981 which resulted in the death of 70 high-ranking Iranian officials of the Islamic Republic Party, including the country’s Judiciary Chief Ayatollah Mohammad Beheshti.

Founded in the 1960s, the MKO has masterminded a slew of terrorist operations in Iran and Iraq, killing thousands of people and wounding many more.

The group is particularly notorious for taking sides with executed Iraqi dictator Saddam Hussein during the 1980-1988 Iraqi-imposed war on Iran.

“No political, social or physical analysis can explain Arba’in pilgrimage” 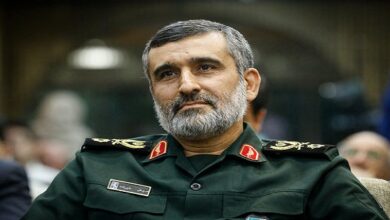