Addressing large groups of people from Bushehr province, southern Iran marking the birth anniversary of Imam Ali (AS) on Saturday, the Islamic Revolution Leader Ayatollah Sayyed Ali Khamenei called on the nation and officials to be cautious against enemy plots and deception.

Ayatollah Khamenei called on the audience to clear their line with enemies and be alert against their deception and lies.

The Islamic Revolution leader congratulated the audience on the birthday anniversary of Hazrat Ali (AS) and said the Imam had an exceptional personality, while being in climax of science, morals, and divine virtues.

“The sign and clear path that ‘Commander of the Faithful’ (a reference to Hazrat Ali (AS)) presents, is management of Islamic society through Islamic injunctions, strong confrontation against the opposing enemies, demarcation of transparent and clear line with enemies and vigilance against deception of enemies,” Ayatollah Khamenei added.

The Islamic Revolution leader said Muslim world and community are in dire need of information because enemies use religion and ethics as a lever to confront Islam. “So, one should be fully watchful.”

“When the Westerners want to deceive public opinion in non-Muslim societies, they do that under the guise of human rights and democracy and when public opinion in Muslim states are their target, they use Islam and Quran to reach their goal while having not the least belief in Islam, Quran and human rights,” Ayatollah Khamenei said.

The Islamic Revolution leader said the Iranian nation has proved its firm resolve to safeguard lofty Islamic aspirations and it will God willing preserve the firm stance in the future either.

Ayatollah Khamenei noted the Iranian nation has gained big achievements and success and the Islamic Revolution main mottos have been translated into action thanks to people’s growing insight. “Today, the Iranian nation, especially the youth are wise and future belongs to them.”

“Under God’s grace, Iranian youth will witness a day when their international bullying enemies feel they are no longer able to bully the Iranian nation,” Ayatollah Khamenei said.

Gone is the era when the colonialist powers were free to humiliate and threaten nations, said Ayatollah Khamenei, adding that now, the Iranian nation is known globally as a powerful nation.

“The arrogant powers, led by the US, are getting growingly disgraced thanks to nations’ resistance and emergence of nationalistic powers,” The Islamic Revolution leader added.

“The Iranian nation is entitled to real strength and no power can dissuade the nation from its path,” concluded the Islamic Revolution leader. 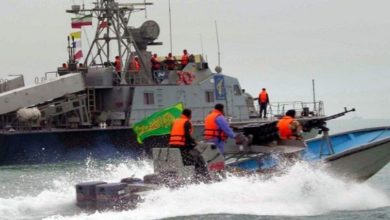 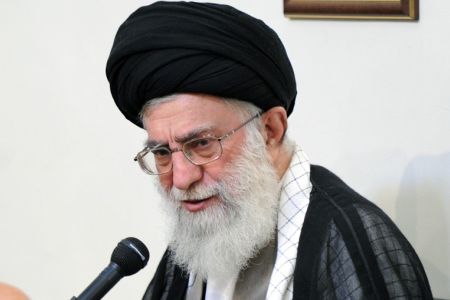