Leader of the Islamic Revolution, Seyyed Ali Khamenei, calls on world nations to put a stop to Israeli atrocities, stating that the Zionist regime is bound to collapse.Â
“Israel is a cancerous tumor,” said Ayatollah Khamenei at a Friday event marking the 21st passing away anniversary of the Founder of the Islamic Republic Imam Ruhollah Khomeini.Â
The Leader said Israel’s policies have pushed it to the brink of collapse, adding that Muslim nations should take their cue from Imam Khomeini’s strong stance on Israel and its policies.
“The attack on the Gaza aid convoy showed how barbaric the Zionist regime really is,” said Ayatollah Khamenei, referring to Israel’s deadly commando attack of the Gaza-bound aid convoy, which left around 20 people dead and more than 50 others injured.Â
According to the Leader, the late Imam made it his prime goal “to fight dictatorial regimes” such as Tel Aviv and thus he emerged as the main driving force behind world resistance movements.Â
“In truth, the ideology of the late Imam revived the spirit of resistance in the whole world, and particularly in the Islamic community,” said the Leader of the Islamic Revolution.Â
Imam Khomeini passed away on June 3, 1989, ten years after propelling the victory of the Islamic Revolution in 1979 that put an end to the despotic Pahlavi regime.
Tags
Leader: Zionist regime bound to collapse
June 4, 2010
4 1 minute read
Facebook Twitter LinkedIn WhatsApp Telegram Viber Share via Email Print 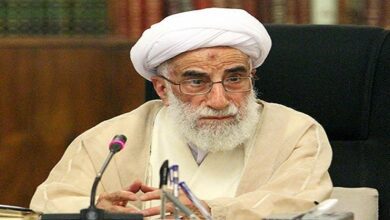 Press TV cameraman missing in the wake of Kabul bombing