On the auspicious occasion of the birthday anniversary of Fatima Zahra (s.a.) and Imam Khomeini (r.a.), a number of poets and panegyrists met this morning with leader of Islamic Revolution Ayatullah Syed Ali Khamenei.

Speaking at the meeting,Â Ayatullah Syed Ali KhameneiÂ extended his congratulations on the occasion of the birthday anniversary of Hazrat Zahra (s.a.) and said that promoting the teachings of the Prophet’s (s.w.a.) household and strengthening the people’s religious faith are among the most important duties of influential people in society.

His Eminence further stated that global bullying powers as well as powerful and wealthy international groups have now resorted to new methods in order to purge people’s hearts of religious faith. “But their plot will be foiled thanks to the efforts and sense of responsibility of the people,” he noted.

His Eminence referred to the great achievements of the Iranian nation during the past thirty years and added: “If the Iranian nation had not made it so difficult for the arrogant powers to dominate and plunder the resources of other countries, it would not face such enmity and spite now.”

Ayatullah Syed Ali KhameneiÂ said that causing sedition, promoting false ideas, and involving people in debauchery and political games are some of the plots used by the enemies to counter the religious faith and movement of the Iranian nation.

His Eminence further stated that the youth of the country are in need of hope, dynamism, optimism, reliance on God, and trusting divine promises. He also added that the young generation of the country should form a spiritual connection with the Prophet’s household and be proud of the Islamic Republic and Imam Khomeini (r.a.).

Ayatullah Syed Ali KhameneiÂ said that the future of the youth of the country, their families, and society is dependent on making serious and persistent efforts.

Elsewhere in his speech,Â Ayatullah Syed Ali KhameneiÂ referred to the prominent spiritual position of Hazrat Zahra (s.a.) and said that Hazrat Fatima (s.a.) carried out jihad throughout her life. He further stated that Fatima Zahra (s.a.) played an influential role on different social and political fronts like a devoted soldier.

Ayatullah Syed Ali KhameneiÂ said that Fatima Zahra (s.a.) is a prominent example of a model woman, further adding that the prominent virtues of Hazrat Zahra (s.a.) are a source of pride for humanity and history.

He said that it is necessary to remember the Prophet’s (s.w.a.) household and reiterated that panegyrists should avoid presenting a false account of historical events to the people.

Ayatullah Syed Ali KhameneiÂ said that being a panegyrist is like being a teacher and added that the poems used by panegyrists should provide people with insight and knowledge and be related to the events which happen in society.

US House votes to bar heavy water purchases from Iran 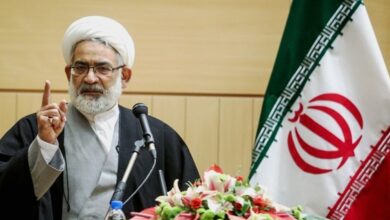 Prosecutor General: Soleimani’s case not to be closed till criminals revenged

US has dug himself into hole he cannot get out of 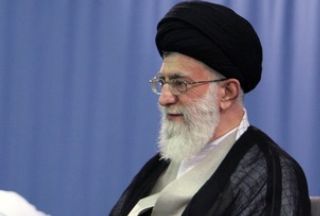 Leader slams US presence in Mideast