Tehran’s interim Friday Prayer Leader, Ayatollah Mohammad Emami Kashani has said the tripartite Tehran Declaration is a positive move which came about through the efforts of Islamic Republic of Iran, Turkey, and Brazil.

According to IRIB World Service, Tehran’s interim Friday Prayer leader referred to the ten-article Tehran Declaration that was signed by the foreign ministers of Iran, Brazil, and Turkey, on 17th May, regarding a proposed nuclear fuel exchange, and stressed that while many countries, and international organizations have welcomed the Tehran declaration and declared their support, a few bullying and domineering countries are still trying to impose a new round of sanctions against Tehran.

In further remarks, Tehran’s interim Friday Prayer Leader referred to a number of advice and guidelines by the late founder of the Islamic Republic, Imam Khomeini (may his soul rest in peace), and stressed that unity is absolutely essential for confronting the enemies and their conspiracies.

Ayatollah Mohammad Emami Kashani listed the blessings of the Islamic Revolution, under the leadership of the late Imam, and said with Imam Khomeini arrival, Islam and Islamic jurisprudence went beyond the seminary schools and libraries and reached its culmination. 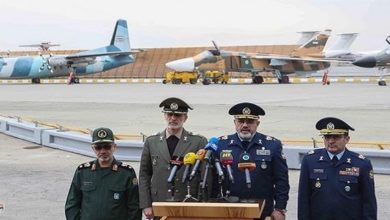