On the occasion of the victory anniversary of Liberation of Khorramshahr after 578 days of occupation, Islamic Revolution Leader and Commander-in-Chief of IRI’s armed forces, Ayatollah Sayyed Ali Khamenei said on Monday the day was an unforgettable day in the history of the Revolution and the country.

Ayatollah Khamenei said that confidence in God and the nation’s abilities was the main cause of that great event.

Islamic Revolution Leader pointed to the late Imam Khomeini’s famous quote: “God freed Khorramshahr” and said this is the most precise and wise words about the event because in the great battle to liberate Khorramshahr, named Operation of Beit-ul-Moqaddas, God’s power manifested in the heart and firm will of the Iranian forces.

Islamic Revolution Leader advised the youth to study about the honorable operation and said not only the Operation of Beit-ul-Moqaddas was a heavy blow to the Baath army but also to the world arrogance system which was behind the former Iraqi dictator Saddam Hossein.

Stressing that the Beit-ol-Moqaddas operation and the conquer of Khorramshahr were the scene of materialist powers’ weakness in front of faith, spirituality and devotion, IR Leader said: “Today too, the same people are standing in front of the Iranian nation that in that time supported the enemy of the Iranian nation, and like that time they lack the ability to confront the human community that relies on faith, determination, enthusiasm and devotion.”

“The enemies of the Iranian nation try through their propaganda to invert the realities while they are the cause of insecurity and crime in most parts of the world especially in Afghanistan, Pakistan, Iraq and Palestine,” Ayatollah Khamenei added.

“The enemies of the Iranian nation as they were defeated in 1982 will definitely be defeated today,” he stressed.

IRI Leader regarded the system of the Islamic Republic of Iran on the contrary of other political systems as carrying message, adding: “The message of the Islamic system is the very values, humanity and salvation of nations from the pawn of hegemonic powers; and the nations of the world are thirsty for such a message.”

Ayatollah Khamenei regarded this message as the main reason behind the arrogant powers’ confrontation with the Iranian nation, saying: “It is 31 years that this confrontation has continued in different forms including military attack, political attack, economic siege and different types of threats, but the resistance of the Iranian nation has caused the blessed tree and the solid structure of the Islamic system to be more elated and rooted day after day.”

Stressing that now the enemies’ confrontation with the Iranian nation is being done with complete desperation, he added: “Today too, the enemies’ calculations are wrong because the resistance and spiritual power of the Iranian nation especially the country’s faithful and enthusiastic youth have caused confidence, awakening and hope for other nations.”

The Commander-in-Chief advised the students of Imam Hossein (AS) University and other scientific centers of armed forces to make the utmost use of the opportunity and talent of youth, saying: “Making the proper and best use of these opportunities is the greatest thanking.” 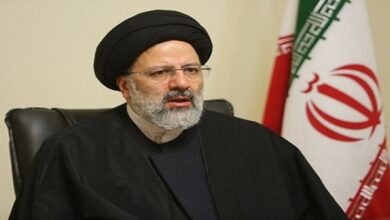 Iran’s Judiciary chief due in Baghdad for high-level talks 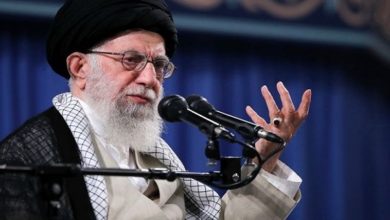