Iranian President Mahmoud Ahmadinejad slams the US, Britain and Israel for what he calls instigating another war in the region. Speaking to thousands of people in the southwestern city of Ahvaz, Ahmadinejad said that the fabrication of Israel and the sending of arms to the Middle East were aimed at dominating the region and maintaining Western interests. “The Zionist regime [of Israel] has been fabricated for the sake of dominating the Middle East region,” he said. “Realizing the fact that they cannot achieve their goal through deception, they have resorted to military expeditions, launching wars and occupation.” President Ahmadinejad said that even the 9/11 attacks are believed by many experts to have been a US-Israeli plot to occupy Afghanistan and Iraq. The Iranian president slammed Saudi Arabia’s involvement in the Yemen war, saying that Riyadh had better used its weapons against the Zionists. “The arms sold by the West to Saudi Arabia are being used against the people of the region and Muslims instead of protecting them against the Zionists,” Ahmadinejad said, urging the Saudi government to contribute to the establishment of peace in Yemen. The Iranian president also urged Yemeni parties to resolve the crisis through negotiation, be wary of the plots hatched by the enemies and protect the region from insecurity. “Insecurity will help the arrogant powers of the world to interfere in regional affairs and we should hamper the opportunistic objectives of the enemies.” The president also urged the Pakistani government and nation to maintain their unity and be vigilant in the face of US plots. “The US is only thinking of its own interests and the Pakistani people and government should not trust the United States,” President Ahmadinejad said. Addressing the global arrogance, the Iranian president said that they have faced a deadlock and the people of Iran and the region have today realized their schemes and will resist their conspiracies. “You have no choice but to end your inhumane actions and respect the rights of the Iranian people and the region,” he said, emphasizing that they would not be able to harm the people of Iran in any manner. 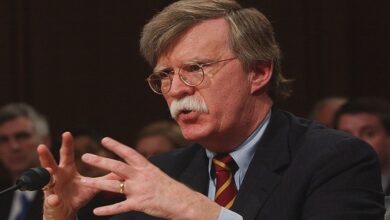