The US Senate passed a 10-year extension of the Iran Sanctions Act (ISA) on December 1, sending the measure to the White House for Obama to sign into law.

The House of Representatives voted 419 to 1 last month to reauthorize ISA, which was first introduced in 1996 to punish investments in Iran’s energy industry based on accusations that Tehran was pursuing non-civilian objectives in its nuclear energy program.

Under the US Constitution, the president has 10 days after Congress passes legislation to sign it, reject it or do nothing.

The White House had said that the US president was expected to sign the bill into law, but Obama did not approve the measure as the Wednesday midnight deadline passed.

In a statement late on Wednesday, White House Press Secretary Josh Earnest said the president had decided to allow the legislation to become law without his signature.

US Secretary of State John Kerry said on Wednesday he had told Iranian Foreign Minister Mohammad Javad Zarif that “to ensure maximum clarity,” the State Department had issued new, redundant waivers exempting Iran from sanctions lifted under the nuclear agreement.

“Extension of the Iran Sanctions Act does not affect in any way the scope of the sanctions relief Iran is receiving under the deal or the ability of companies to do business in Iran consistent with the JCPOA,” Kerry argued.

Israel’s ‘golden days’ over after defeat of terrorists: Shamkhani 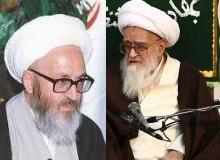