Iranians have taken to the streets across the nation to demonstrate their disapproval of US policies on the anniversary of the takeover of the American embassy in Tehran 37 years ago.

November 3 corresponds with the 13th of Aban in the Iranian calendar, which is known as the Student Day to honor those who stormed the “den of spies” and captured its operatives.

Leader of the Islamic Revolution Ayatollah Seyyed Ali Khamenei said on Wednesday the seizure of the center of espionage, which aimed to overthrow the Islamic Republic, was the “natural response” to Washington’s hostilities.

Despite decades after the incident and direct talks between authorities of the two countries, the US still pursues an aggressive policy towards the Islamic Republic, the Leader added.

The late founder of the Islamic Republic, Imam Khomeini, hailed the takeover as a “second revolution” after the Islamic Revolution in 1979 which toppled the Shah of Iran.

‘WikiLeaks of their day’

The Iranian students who stormed the US embassy and released thousands of secret CIA documents were the WikiLeaks of their time, their former lead spokesperson said in remarks published on Thursday.

Massoumeh Ebtekar, who is now Iran’s vice president, said she is still proud of their work in releasing documents found in the CIA’s files.

Some of those files were painstakingly reassembled after embassy staff frantically shredded as many as possible when the students stormed the building.

“Revealing these documents was very similar to what WikiLeaks is doing these days. It was the WikiLeaks of those ages,” Ebtekar told the AFP news agency.

The documents unveiled the CIA’s attempts to recruit leading Iranian politicians – including a liberal who became the first post-revolution president, Abolhassan Bani-Sadr, and contributed to his decision to flee Iran.

Ebtekar said the documents, later compiled in 77 volumes of “Documents from the US Espionage Den,” also showed how Washington was working to subvert popular uprisings around the world.

“It was a very important milestone in terms of global politics,” she said.

At the time of the seizure, the students were convinced that the United States was preparing another coup to reverse the revolution.

“They were not militants, radicals. They thought there was an imminent danger … of another coup d’état that would have led to the downfall of the very young and fragile Islamic Revolution,” she said.

Looming large in every Iranian’s mind was the 1953 CIA-organized coup in which the US and Britain conspired to overthrow the enormously popular prime minister, Mohammad Mossadeq, who had dared to nationalize Iran’s oil resources.

“They installed a government that was a puppet to American policies for 25 years, a tyrant who had imposed dictatorship, very dark ages for Iran,” Ebtekar said. 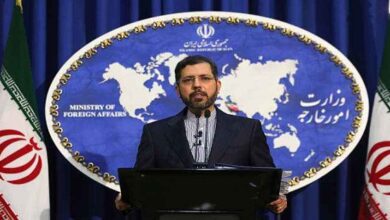 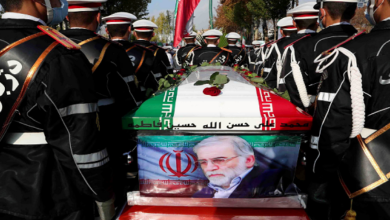 Weapon used in nuclear scientist’s assassination made in Israel